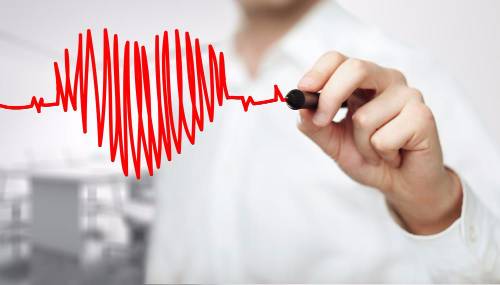 Diabetes refers to diseases that can go unnoticed for several years.

It develops due to an increase in the amount of glucose in the blood, which may be due to a decrease in the production of insulin by the patient’s body or the appearance of resistance in the latter with respect to this substance.

Symptoms of diabetes appear gradually. Quite often the symptoms of this disease can be confused with the signs of other common health problems. The danger is that in this case, diabetes continues to progress, adversely affecting the work of other important human organs: the kidneys, the heart, and the brain.

That is why it is so important to take seriously the appearance of suspicious symptoms, even if they do not seem dangerous to you. Today we would like to talk about the first 10 signs of diabetes accompanying this disease in the initial stage of development, so you have the opportunity to keep this important information in mind.

Deficiency of insulin or a resistance thereto violate processes glucose uptake by cells of the body. Because of this, they are incapable of transforming glucose into the energy that a person needs for his daily activity.

As a result, the patient begins to experience severe fatigue, both physical and mental. As a rule, even a good rest does not help him get rid of fatigue.

On the other hand, such a symptom can bother people with excess weight. Other causes of fatigue may be dehydration and blood pressure changes.

Fluctuations in blood glucose levels cause sleep disturbances in a person, leading to chronic fatigue.

Suffering from type 2 diabetes often makes it difficult for patients to fall asleep, and their sleep becomes intermittent.

It should also be noted that the risk of developing this type of diabetes increases in those who sleep less than 6 hours.

Glucose is one of the main types of “fuel” used by our body. Once it ceases to be used in an adequate way, a person may begin to worry about dehydration.

Dehydration has a negative effect on the vital activity of all cells in the body. Lack of fluid affects the production of saliva, resulting in the patient’s dry mouth and thirst.

The excessive amount of glucose in the blood makes our kidneys work hard to remove this substance from the body. As a result, the kidneys are overloaded and the patient often has a desire to urinate.

Excess glucose disrupts the excretory system, for example, in patients with diabetes, the kidneys do not properly remove toxins from the body.

Another common symptom of diabetes is prolonged or chronic urinary tract infections. The reason for their occurrence is that an increase in the amount of sugar in the blood weakens the patient’s immune system.

As a result, his body begins to produce fewer antibodies and it becomes more difficult to repel attacks of various viruses, bacteria, and fungi.

Another symptom of diabetes is the delayed healing of wounds and other skin damage. If you notice that it would seem very small scratches do not heal in any way, this is a clear sign that you have a lot of glucose in your blood.

That is why it is so important for patients with diabetes to carefully look after such injuries and not to allow the development of complications requiring medical intervention.

Perhaps, it is the legs that are more than other parts of the body that become victims of a disease such as diabetes. As a rule, our legs suffer most from problems with blood circulation and fluid retention.

Progressing diabetes causes damage to the nerve endings in the legs, which is why they often become numb.

An increase in the amount of glucose in the blood causes dehydration in a person, which negatively affects his vision.

From the lack of fluid, the lens of the eye suffers, as a result of which it becomes more difficult to focus on objects and a person begins to be disturbed by indistinct vision.

As soon as glucose ceases to properly enter cells, the human body is faced with a lack of “fuel”, which is necessary for it to carry out life processes.

This leads to the appearance of signals of hunger, causing the patient a strong appetite. He tries to fill the energy deficit with new portions of food.

Thus, while the blood sugar level remains uncontrolled, the patient will have a constant desire to eat.

As for our skin, its condition can also tell us a lot. Including it concerns also diabetes. So, patients suffering from this disease often have dry skin. This problem is caused by impaired blood circulation and dehydration.

Of course, dry skin can hide other health problems besides diabetes.

Do you know any of the above symptoms? Do you have a high risk of developing diabetes and a predisposition for the appearance of this disease? In such cases, it is better not to pull and consult a doctor for a survey. Remember that timely diagnosed and prescribed treatment will not allow diabetes to progress.

Launch a Business Appliance in Our USA VPS Server Hosting