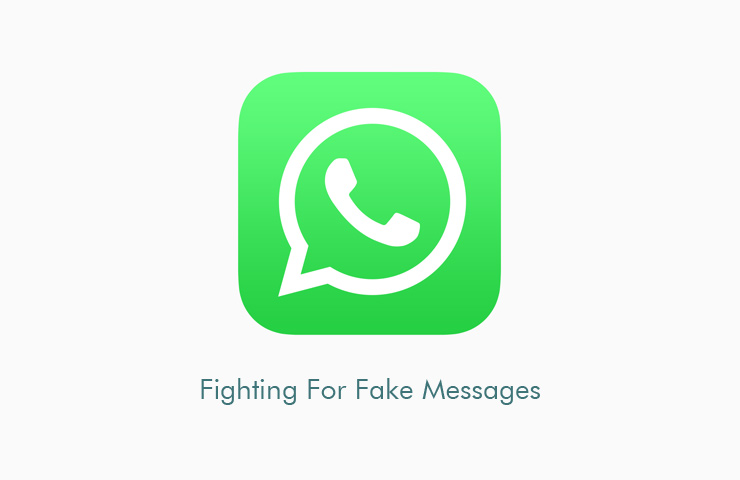 The whatsapp company, also announced on Wednesday“unrestricted monetary awards” for research on spread of misinformation on its platform to address the problem

Government want stop fake Messages via Whatsapp Application – In the wake of the Government of India’s missive to take immediate measures to prevent misuse of its platform, WhatsApp, in its response has said that it is taking a number of steps to tackle the issue of fake messages on its platform, including testing a new label that highlights when a message has been forwarded versus composed by the sender.

And or this first phase of our program, WhatsApp is commissioning a competitive set of awards to researchers interested in exploring issues that are related to misinformation on WhatsApp. The WhatsApp Research Awards will provide funding for independent research proposals that are designed to be shared with WhatsApp, Facebook, and wider scholarly and policy communities,” WhatsApp said in a statement.

According to the statement, the criteria to enroll in the program is that an independent researcher should develop conceptual tools, gather and analyze data, and/or investigate relevant issues.

Each awardee will retain all intellectual property rights to their data and analyses. The company said it will give preference to research conducted in countries such as India, Brazil, Indonesia, Mexico and others where WhatsApp is a prominent medium of communication.

The statement also specifies the eligibility criteria and expectations from participants, and mentions two workshops in Menlo Park, California. The company will accept applications sent before August 12.

These developments come after multiple instances of mob lynchings triggered by motivated messages spread through WhatsApp. The messaging platform also supports regional languages that further act as catalysts in the dissemination of messages to the masses.

Posted on July 6, 2018July 6, 2018 Author Priyanka Bhandari
CHENNAI: The final year college students turning to the city after celebrating his birthday party at a hotel at Kovalam on Wed died because the automotive during which he was travel...
Internet IT News Outer Space Technology Television

Posted on July 10, 2018 Author Priyanka Bhandari
Ranbir Kapoor, who is presently riding high on the success wave with Sanju, are seen as a part of a dacoit tribe in the 1800s in his next film Shamshera,...

To Check Domain Availability Whether it is your first time hosting a website or you are doing it for the hundredth time, there cannot be a website if there’s no domain name. A domain name is the identity card for a website that is hosted on online servers. People are going to search for your […]

Today Population Day is celebrating all over the world

Posted on July 16, 2021July 16, 2021 Author admin Comments Off on Today Population Day is celebrating all over the world