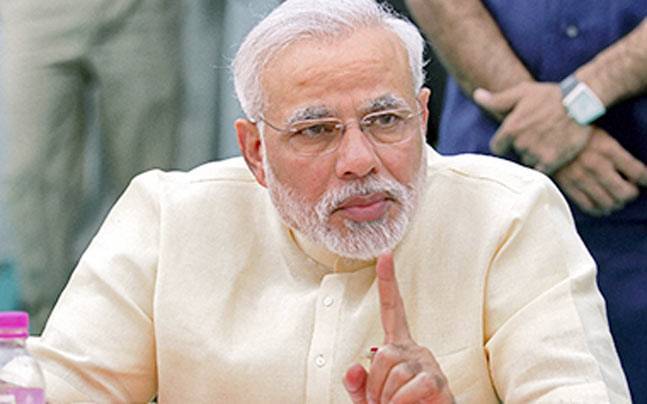 Pakistan (ISLAMABAD): PM Narendra Modi was phone call to Pakistan Tehreek-i-Insaf chief Imran Khan and he said it that wants resumption of bilateral talks which were halted in 2015.
This Monday, India’s Prime Minister Modi telephoned Khan to congratulate him on his party’s victory in the general elections and hoped that “Pakistan and India will work to open a new chapter in bilateral ties”.

Imran Khan thanked Prime Minister Modi for his wishes and emphasised that disputes should be resolved through dialogue.

Mr Faisal said that Pakistan was ready to host the SAARC Summit postponed in November 2016, which will help to address regional issues.

He hoped that it would lead to an improvement in ties with the South Asian Association for Regional Cooperation (SAARC) member states, including Afghanistan, Bhutan, Bangladesh, Nepal, Maldives and Sri Lanka, in addition to India.

The 2016 SAARC Summit was to be held in Islamabad but after a major terror attack on an Indian Army camp in Uri in Jammu and Kashmir on September 18 that year, India expressed its inability to participate in the summit due to “prevailing circumstances” and stepped up diplomatic pressure on Pakistan.

The summit was called off after Bangladesh, Bhutan and Afghanistan also declined to participate.

The India-Pakistan ties nose-dived in recent years with no bilateral talks taking place.

The ties between the two countries had strained after the terror attacks by Pakistan-based groups in 2016 and India’s surgical strikes inside Pakistan-occupied Kashmir. The sentencing of alleged Indian spy Kulbhushan Jadhav to death by a military court in April last year further deteriorated bilateral ties.

The two sides often accuse each other of ceasefire violations along the Line of Control, resulting in civilian casualties.

Posted on July 10, 2018 Author Priyanka Singh
India: PM Narendra Modi will visit in Rajasthan’s capital (Jaipur) on Saturday where he will lay the foundation of 13 urban infrastructure projects worth over Rs. 2,100 crore. The visit...