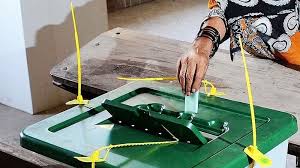 Pakistan is holding its 11th general election since 1970 today. Voting has begun at 85,000 polling stations. About 4,00,000 police officers and 371,388 army personnel have been deployed at the booths as a precautionary security measure.

The high-voltage campaign was marred by violence, including an IS-claimed attack on July 13 that killed nearly 150 people, and dominated by political controversies over the arrest of ousted prime minister Nawaz Sharif. Not a single Pakistani prime minister has completed their term yet as the Army has ruled Pakistan directly for 30 years. The military has also exerted influence on matters of national security and foreign policy during civilian regimes.

Posted on August 3, 2018 Author Priyanka Singh
Pakistan (ISLAMABAD): PM Narendra Modi was phone call to Pakistan Tehreek-i-Insaf chief Imran Khan and he said it that wants resumption of bilateral talks which were halted in 2015.This Monday,...
Politics