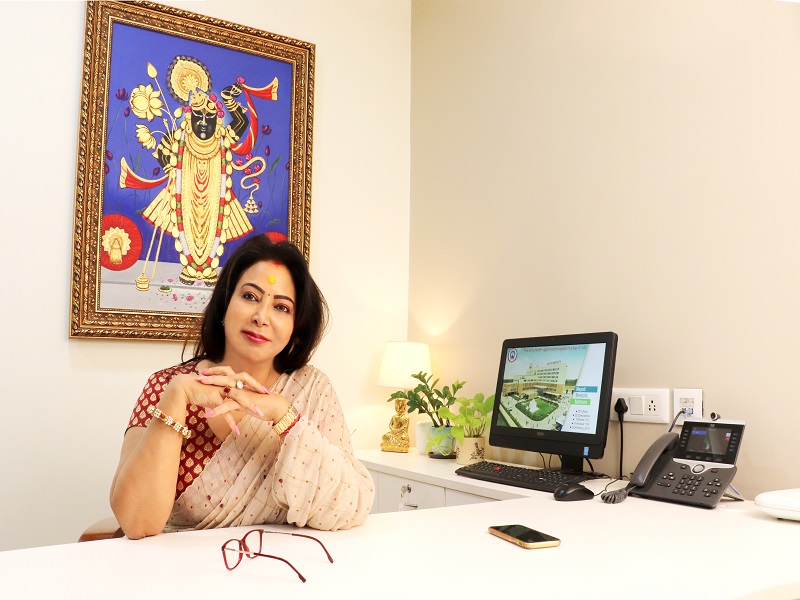 With women often treated as inferior to men, a large number of these women do not share their health problems openly. In India, women speaking about health issues continues to be a taboo.

With a growing number of women leading the country’s hospital groups, medical aid for women is gradually becoming more accessible. One such example can be found in Nayati Healthcare, founded and headed by Niira Radia. Started as a mobile medical unit in Badrinath Dham, Nayati Healthcare has become one of India’s fastest growing hospital chains with units in Mathura, Agra, New Delhi, Gurugram and Varanasi.

Through their flagship hospital, Nayati Medicity, Mathura, Nayati has been facilitating women’s health through a number of initiatives. The hospital’s founder, Niira Radia believes that a healthy society can be imagined only with the presence of healthy women.

On a similar note, Dr Minnie Bodhanwala has been making the healthcare sector more ‘women-friendly’ in Western India. CEO at Wadia Hospitals, Mumbai, she is known for organizing medical camps in the rural areas and education programmes for the underprivileged women and children.

Posted on May 24, 2019May 24, 2019 Author Ahmed Hussain
Malik riaz has just not developed and managed some of biggest real estate projects in the country, but provided employment opportunities to more than 21,000 people, 100,000 families and local...
News

Useful Beauty Hacks That Every Woman Should Know

Posted on August 10, 2018 Author Satya Srivastava
When it comes to beauty, every woman looks for tips on how to save money and time as well. By following some tips and shortcuts, you can easily make your...