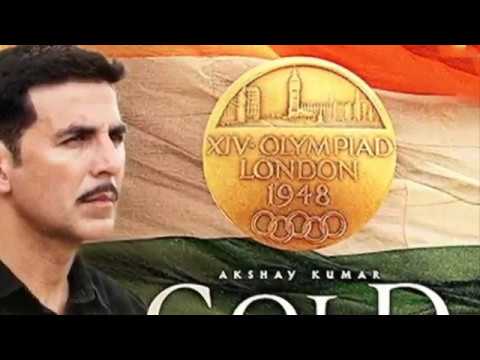 Gold Movie Real Events That has Happened in 1948 London

Now, you can watch “Gold” new movie trailer whereby you can see that Akshay Kumar is the Coach of Sport’s team that movie is directed by Reema Kagti. Gold Movie releasing on Independence Day 15th August 2018 which related to Sports. Akshay Kumar play in this movie as a lead role his name is Tapan Das. Gold’s first trailer and dialogue promos, the makers of Akshay Kumar’s Gold have raised our excitement by releasing the second trailer of the film which is converted in the IMAX format. Despite being a short trailer of one minute, the video successfully captures the vision of coach Tapan Das, who goes all out to win the Olympic gold medal for his country. Apart from Akshay, the strong acts of Amit Sadh, Vineet Singh, Sunny Kaushal and Kunal Kapoor stands out in the powerful promo.

The Gold Movie is play by Akshay Kumar and Mouni Roy, she is (Tapan Das)Akshay Kumar’s wife in Gold and Amit, Vineet and Sunny also play in this movie. This is real event, it was happened in London 1948.

Conversation about the new film Gold: The Gold movie is inspired by the real and true events. This is about India’s first Olympic medal win as a free nation in the 1948 year at Games of the XIV Olympiad, London. The story won’t just narrate what happened that night but will also take us closer to live of the players in the team. The movie is directed by Reema Kagti, who previously helmed movies like Talaash and Honeymoon Travels Pvt. Ltd. Gold is set to scheduled to hit the screens on August 15, 2018, during the Independence Day weekend.

Posted on August 1, 2018August 1, 2018 Author Rakesh Rajput
The 12-series biopic is actually the idea of the actor: "We are excited to make the audience a new seriesEntertainment News - Sushant Singh is geared up to feature an...
Entertainment

Posted on June 3, 2021June 3, 2021 Author Bella Willson
Ever since the news broke out that Dwayne Johnson aka The Rock is playing Black Adam in DC’s upcoming movie of the same name, the internet has gone crazy. People...